Worried Mom and her son, Worried Brother, co-wrote this post.  Worried Mom is an attorney who currently works in the non-profit area, and Worried Brother is employed in the pharmaceutical industry, with a background in chemistry.  This piece is sourced in the scientific literature; click superscripted footnotes to follow links.

For recent mainstream coverage about the potential harms of pubertal suppression, see here and here.

Before we can have a sensible discussion about Lupron and its hormone-suppressing effects, it is important to understand what normal hormonal balance means in a healthy teenager or adult.

Normal body functioning requires a certain latent amount of testosterone and estradiol (estradiol is the major estrogen in humans).  Men and women both have some of these hormones naturally present in their bodies, produced by testes in men and ovaries in women.  Testosterone is involved in the development of muscle bulk and strength, the maintenance of proper bone density, the creation of red blood cells, the sleep cycle, mood regulation, sex drive, hair growth, and cholesterol metabolism.1,2,3  Low testosterone levels can lead to deficiencies in any of these areas.  For example, lack of testosterone can cause fatigue, insomnia, and interference with mood and sleep, together with a host of other impacts on, for instance, a person’s sex drive.

Like testosterone, estradiol is involved in the maintenance of proper bone density, mood regulation, skin health, and reproductive health.4,5,6  Lack of estradiol can lead to adverse impacts in those areas.  Because estradiol is a crucial component in maintaining bone density, individuals who lack sufficient amounts of estradiol will fail to undergo proper bone development, because the growth plates on the ends of the bones will never close.7  This profoundly alters the physical structure of the body.

Lower levels of estrogen are also associated with significantly lower mood.  The primary regulators of mood in the brain, according to our current understanding of neurochemistry, are the systems relating to the neurotransmitter serotonin.  Estrogen receptors are prevalent along the mid-brain’s serotonin systems, and they are believed to play an important role in serotonin-mediated behaviors such as mood, eating, sleeping, temperature control, libido and cognition.  Mice that are bred missing this particular sub-type of estrogen receptor show enhanced anxiety and decreased levels of serotonin and dopamine.8

As noted, both men and women naturally produce testosterone and estradiol in their bodies.  The levels of these hormones fluctuate greatly depending on the person’s stage of life.  At the start of puberty, a child’s body will begin to produce either testosterone or estradiol in much greater quantities than it had previously.  This increased production leads to the development of secondary sexual characteristics.  As men and women age, their levels of testosterone and estradiol also decrease, leading to well-known age-related effects, such as thinning bones and hair in both men and women.

A current focus in the treatment of transgender children and teenagers is to arrest, or delay, the impact of testosterone and/or estradiol in adolescence.  Arresting the impact of these hormones will prevent the development of secondary sexual characteristics.  Moreover, many clinicians recommend–if a child or teen is unsure as to whether he or she wishes to become a transgender adult–that the administration of so-called “blockers” will “delay” puberty and “buy time” for the teen to make a more informed or mature decision.  Theoretically, a teen could always desist from taking blockers and then normal puberty would ensue, although there is very little data in this area.  It is also currently unknown whether, if a teen takes a puberty blocker during what would otherwise have been his or her normal puberty and then stops, whether puberty will proceed entirely as normal or whether there will be some other effects from having delayed it for a period of years.  The “puberty blocker” discussed in this article is leuprolide acetate, better known by its trade name Lupron.

What is Lupron?  Lupron is a gonadotropin-releasing hormone analog.  The primary pharmacological effect of Lupron administration is a decrease in the concentrations of testosterone and estradiol throughout the body.9,10  How does it achieve this decrease?  It does so by tinkering with a hormonal feedback loop between the hypothalamus and the pituitary gland, and interferes in the release of gonadotropins (“Gn”), which is a catchall term for 2 separate hormones, luteinizing hormone (LH) and follicle-stimulating hormone (FSH).  Gn acts as the primary means by which the body controls the release of testosterone and estradiol.  Gn interacts with the tissues that are involved with the release of these two hormones.  It stimulates specialized tissues in the ovaries and the testes to produce testosterone and estradiol.  LH stimulates the Leydig cells in the testes and the theca cells in the ovaries to produce testosterone11.  FSH stimulates the spermatogenic cells in the testes and the granulosa cells in the ovarian follicles (the granulosa develop to produce a layered structure around the egg), as well as stimulating the production of estrogen by the ovaries12,13,14. There are Gn receptors embedded in the cell membranes of these tissues and binding with Gn results in those tissues producing the hormones.  The hormones are released into the bloodstream, and travel to specialized receptors that are located systemically, in most major tissue groups.  The systemic distribution of these receptors is responsible for Lupron’s effect on the entire body.

The hypothalamus releases GnRH (Gn-releasing hormone) which binds with GnRH receptors on the pituitary gland15.  The hypothalamus responds to the concentrations in the blood of testosterone and estrogen, as well as the presence of Gn16,17.  Since Lupron is chemically similar to GnRH, it is essentially repeatedly stimulating the GnRH receptors on the pituitary gland.  This artificially high activation of these receptors desensitizes the pituitary gland to the presence of GnRH18.  There is an initial flare-up of Gn release in response to the presence of the Lupron, but it eventually results in down-regulation or deactivation of these receptors19.  In physical terms, this means that the pituitary, in an effort to restore normal functioning, will cull the number of GnRH receptors.  This results in a significantly lowered response to a given concentration of GnRH in the blood. Why is this?

This is the key point, because the strength of an organ or tissue’s response to any drug is directly proportional to how many receptors are activated by the presence of the drug.  So, using this idea, lower the number of receptors, lower the response, and if there is an absolutely lower number of receptors present, there is an absolutely lower potential response20.  Once the drug is removed from the body, the pituitary is left in a desensitized state, rendering it unable to respond to ‘normal’ activation by GnRH.  This results in decreased production of Gn, which in turn means decreased production of both testosterone and estradiol in the tissues with which Gn would normally interact.

Lupron use in otherwise normal teenagers to delay puberty is both relatively new and off-label.  Lupron does have a history in treating a condition called ‘precocious puberty,’ which is what happens when a child’s body enters puberty too quickly for his or her age.  However, this is a clinical condition typified by concentrations of sex hormones deemed wildly abnormal in the course of normal development.  As such, the usage of this drug may be more appropriate in  these particular individuals, because the marginal benefit of leaving this condition untreated is higher than it would otherwise be. Any competent medical professional would not generalize from outcomes observed in a population of individuals affected by abnormal hormone levels, to individuals with normal hormone levels.

Industry standards21 judge the usage of Lupron in treating gender dysphoria as providing at best no proven benefit and hold that there is an insufficient quantity of published evidence to prove its safety for this purpose.  UnitedHealthcare, the nation’s largest insurer, makes its stance clear on Lupron for usage in treating gender dysphoria on their Drug Policy page:22

‘Hayes compiled a Medical Technology Directory on hormone therapy for the treatment of gender dysphoria dated May 19, 2014.  Hayes assigned a rating of D2, no proven benefit and/or not safe, for pubertal suppression therapy in adolescents. This rating was based upon insufficient published evidence to assess safety and/or impact on health outcomes or patient management.’

A D2 rating is the lowest rating possible on that particular institution’s scale of safety and efficacy.  The Hayes Technology Review is considered to be the industry standard in linking treatments with patient outcomes.

In Lupron’s case, the vast majority of clinical data is found in samples of middle-aged or older men with late-stage prostate cancer.  This means the aggregate of the medical community’s understanding of Lupron’s safety profile relates to its use in this context, in terms of both the condition it is meant to treat and the individuals for whom it is approved.  When using Lupron as a “blocker,” medical professionals are, in both senses, treading untested waters, for the dual reason that it is not approved or recommended to “treat” this particular condition, and clinical studies relating to its long-term or even short-term safety in treatment of gender dysphoria are vanishingly rare.  To further illustrate this second point, the population to whom Lupron is most commonly prescribed on-label, middle-aged and elderly men, has a much shorter life expectancy from the date of administration than do teenagers.  In other words, based on the current state of research, one would not expect to see data collected from groups who are 40, 50 or 60 years “out” from administration.

Putting together what we know about how the body normally reacts and develops during puberty with what we know about how Lupron works, we can conclude the following: administration of Lupron to young people for the purposes of blocking puberty is a disruption of a delicate hormonal balance that has the potential to cause adverse health effects.  The risk is further compounded by the off-label usage of the drug for this purpose, as well as the lack of long-term data related to safety. 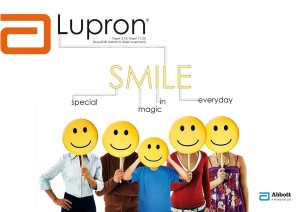