I am somewhat well versed in the latest jargon related to gender. It seems that the newest trendy term is “gender expansive.” How ironic is this?  Instead of a woman or man actually expanding what it means to be a woman or a man, people now have to claim one of a kaleidoscope of “identities.” Expansive? It’s more like dicing the mysterious whole of a human being into smaller and smaller pieces; squeezing the entirety of who one is into a narrow definition. Psychological and political reductionism has been imposed on all of us–especially young people–by post-modern gender theorists and their activist and media minions.

This plethora of “identities” imposed on the body politic is anything but liberating. It does not expand us; it confines us. Even the term “gender fluid” is constricting, because the very mental act of claiming that self-definition means the “gender fluid” person is dissecting and analyzing their own behavior from moment to moment, instead of just being.

Do I contradict myself?

Very well, then I contradict myself,

I am large, I contain multitudes. 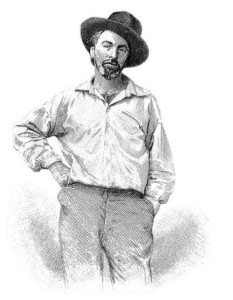 7 thoughts on “A note on gender jargon”